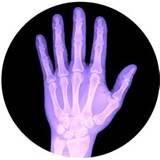 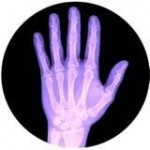 People of the German nation are a hard working industrial group of people. In Europe it is said, “Germans live to work, while others work to live”. Because of the strident German work ethic and the organized nature of the Germanic people, many inventions have been born from the mind of a German inventor. Some have had a profound effect on the people of the world. Here are ten important German inventions.

Before Guttenberg invented the printing press only wood block printing was possible. That was done in China and was almost as laborious as the ornate page, by page, copying done by members of the Catholic church. With the advent of Guttenberg’s printing machine books quickly became available to anyone that could afford them, instead of only royalty and members of the church.

The first world globe was invented around 1492 by a German map maker. This was not based on the travels of Columbus but rather on available ancient maps. The globe most certainly had a major impact on European nations traveling for trade around the world.

Levi Strauss was an American German immigrant who followed the gold rush to California. As Strauss was a seller of dry goods it was natural for him to develop a type of long lasting pants for men working in the gold fields. Everyone in the world today certainly has heard of Levis or Blue Jeans.

Gottlieb Daimler invented the first working gas powered cycles with motors. There were motorized cycles invented before Daimler, but they were powered by steam or coal. So Hells Angels owes their ride to the same man whose company eventually produced the Mercedes Benz automobile.

Adolf Hitler, a German-Austrian dictator, demanded Albert Speer help him devise a way to move his troops quickly from one part of Germany to another. Thus was born the German Autobahn. It is said that General Dwight David Eisenhower was impressed with this system. At least he had it in mind when he initiated construction of the United States Interstate Highway System.

The first X-Ray machine was invented by Wilhelm Roentgen. This took place soon after his discovery of X-rays, which he used to photograph internal parts of the human body.

The first contact lenses made out of glass was part of earlier inventions, albeit relatively thick and almost brown in color, were made by German physiologist Adolf Fick.

Adolf Hitler had the idea and his teams of German scientists built and used the first Intercontinental Ballistic Missile. While none were used against the United States, the models available at the end of the war were thought to have enough range. They were waiting for the final development phase of the German atomic bomb.

Douglas Franklin is a writer who focuses on travel, European culture & society, technology, inventions, gadgetry and other important topics. Lately Douglas has taken a particular interest in German culture & society; those contemplating a vacation or relocation to Germany may want to view apartments in berlin, Germany’s largest and most significant city.