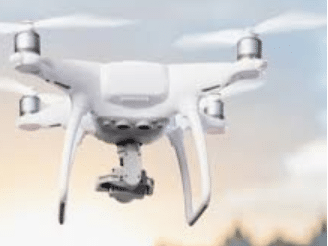 While you can get and start flying your newly purchased solo drone today, it is important to understand how the laws in your jurisdiction may affect you. The local laws in your area may not yet contain extensive guidelines for drone use, but legislation lags significantly behind development in this area of the law, and so there are some legal grey areas surrounding proper drone use.

Each locality may have slightly different guidelines to permissible drone use, but as a rule recreational unmanned vehicles including drone cameras must not exceed a fight altitude of 100m in order to prevent interference with air traffic. Solo drones may also not travel within 8km of an airport or military base, and other public buildings may be excluded from drone permissible zones depending on local laws. Some drones automatically avoid these No-Fly Zones with GPS positioning, but it’s always helpful to have a general awareness of their existence and location.

Direct guidelines governing proper use of drones is still in development in many jurisdictions, but there are steps you can take to minimize your exposure to potential liability. One of these is to avoid unduly flying over a neighbor’s property, as you could be liable for property damage or injury caused by your craft. Video recorded over a private property can also be a source of legal issues, as it could violate privacy or trespassing laws.

In public spaces, the locations of crowds and public property are of chief concern, as a falling drone could easily injure an individual with no place to escape and an impact with power lines could have even more devastating effects. Some public areas including stadiums and schools even block drone use entirely, and these areas should always be avoided. Flying a drone comes with a level of personal responsibility, and so it’s a good idea for those who use drones in their work or hobbies to maintain liability coverage just in case.

Governing bodies all over the world are scrambling to catch up with the widespread use of solo drones, and the laws dictating their acceptable uses are under constant review and change. The most recent initiative calls for the separation of all unmanned aerial vehicles into 3 distinct categories, each of which will get its own corresponding regulation. This dynamic legal atmosphere makes a continued awareness of developments in drone law critical to all solo drone owners.